Hivecom is a gaming community run by folks from all around the world. We're a constantly growing group open to those willing to join. Our servers were initially hosted locally, but as sub communities and friends of friends joined we started building more advanced systems. As mentioned, people from all around the world are known visitors of our servers. The range goes from countries like New Zealand, over to all of Europe and across to North America.

Interested? Check out the voice and game server section for more information! We hope to see you amidst us!

Our hosting solutions are mainly based in Europe meaning that connections coming from outside Europe might have a bit of latency. We host our primary Teamspeak voice server using a private server located in Croatia, Istra. The Discord server's primary location is the Netherlands. If there is enough demand we might expand with further servers but for the time being the community has worked well with what we have at our disposal.

There are a few options for connecting to our voice servers. We suggest using one of the connection buttons at the top of the page and then having you save the server address as a bookmark. You can however also connect directly using the connection information listed below.

Due to the fact that the server is open for anyone to join but we have limited slots and resources you will require an invite in a way to become a voice server member. You can either receive your registered status by creating and authenticating with an account on this page. You will then receive the basic registered status on all our voice servers. However, you will not be able to register any other members unless you are approved by our staff. Non-registered users are restricted to the lobby while registered users and up are allowed to move as they see fit and create their own temporary private channels.

If you run a your own community and are looking for a free voice server solution then we would gladly work out a higher server ranking with you. Moderators can create permanent channels and are able to manage basic users making it an ideal fit for easy sub community management. Although there are administrators present most of the time, our setup relies a lot on our moderators to register new users and manage the server.

In case you do not intend to make an account here on our main website - we do encourage it though since it comes with some perks such as cross server authentication - you can always connect to one of our voice servers and write a moderator or administrator a message. Although approved users can register you as well they are most likely to push the matter off onto a higher ranking member. In that sense, if you are worried just chill, write us and we will see what we can do for you!

Back to top
ABOUT THE TSHR COMMUNITY

The community was originally created by the 2 server administrators: thalorim, Dusan1081 and Both started hosting a server back in 2013 on a local machine but the growing demand for a better connection and 24/7 uptime made them reconsider this small hosting plan. They later on that year went over to actually acquiring a dedicated Teamspeak server from Fragnet but later on switched to what is now a server entirely run and managed for TSHR in itself.

TSHR is not only present on this website and its servers. We have an official Steam Group for anyone open and willing to join where we mirror important announcements that we make on this page. See it as an extra source of information when it is needed. On top of that you can also find the latest announcements and news on our Twitter . 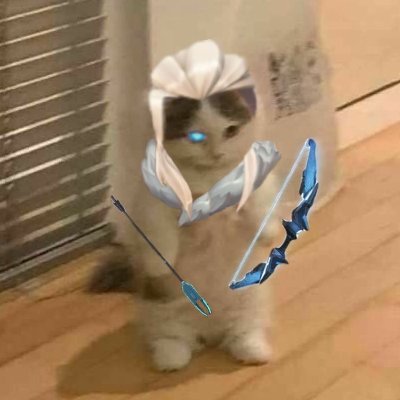 If you would like to get in direct contact with the TSHR management team, you can write an email at

Even though the TSHR administrators take over management of most things, we also have dedicated folks running things on their own when it is needed. Our game servers for instance are hosted primarily by members of the community and are usually privately managed with no direct control on TSHR's part. The voice servers as well as this website have some outstanding moderators as well as community organisers. We'd like to thank everyone that is a part of the community in general, but also give some extra spotlight to those that help out more than the average member and have earned their rank among all of us!

Due to the fact that the servers and this website are funded without any sponsoring or ads and is open to anyone to join and use, we encourage people to possibly donate a bit towards our yearly server and maintenance costs. Thalorim is currently in charge of the entire server's costs meaning that any extra funds he receives will go towards maintaining and renewing the website and server. Anything extra is left as a tip which will most likely be reinvested in one of our joined development projects or simply saved for later.

Even though the server costs will be paid for either way and things will continue running we still appreciate any help and extra encouragement we receive. We're already extremely thankful for the amazing community either way. Thanks for being a part of this journey!

There is currently no active donation pool

TSHR wouldn't be anything without its members though. The server has a total of about 400 registered members and is constantly growing. We're overly thankful for what we have now considering this all started from three friends getting together to chat and hang out.